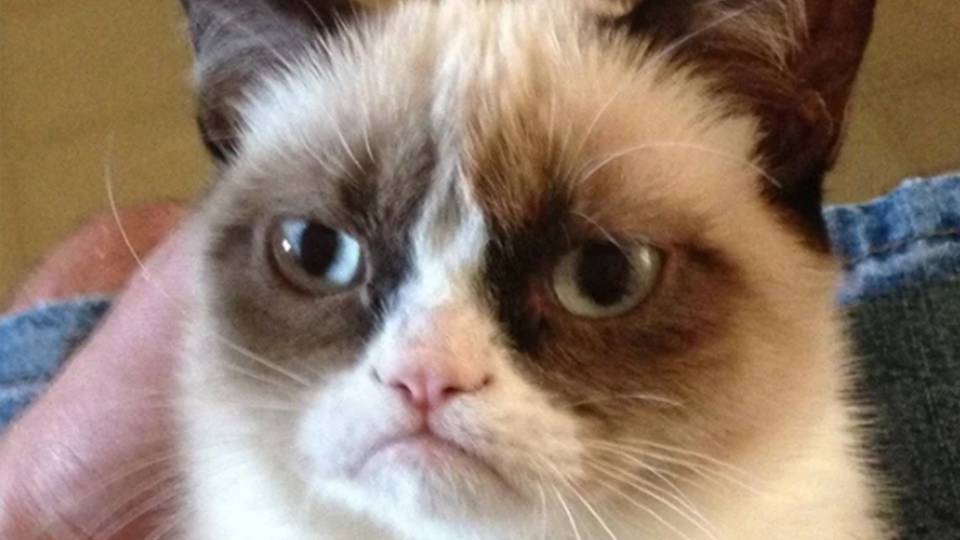 It's a sad day for the internet, as we've learned of the passing of Tardar Sauce, otherwise known as Grumpy Cat. The announcement was posted across social media channels with the caption, "Some days are grumpier than others..."

Some days are grumpier than others... pic.twitter.com/ws209VWl97

Tardar Sauce died of complications from a urinary tract infection at age 7. But what a wild 7 years they were.

Tardar Sauce's "grumpy" appearance launched her into viral stardom back in 2012 after her owner's brother posted her photo to Reddit with the caption, "Meet grumpy cat."

Since then, Grumpy Cat became an unstoppable force. She landed book deals, a TV movie, became the spokescat for Friskies, and even had several appearances here on RightThisMinute, including an exclusive Skype interview, which you can watch below.

Although Grumpy Cat was always grumpy, she never failed to make us smile. She will be missed.

Nothing's says "clean" like a nice, fresh dirt bath! As odd as it may appear to us humans, it's actually in the zebra's instinct to rub on the ground like that. It protects their striped coat and helps remove parasites that could be harmful. Of course, whenever we want to roll in the dirt, people say it's gross! View Now

Andy Guerrasio and his family were returning home from the airport in the dark. When Andy went to open his front door, a flying animal flew into his face! To make sure the animal didn't become an unwanted houseguest, he shut the front door, leaving his wife and kid outside to fend for themselves against the mysterious creature! View Now
More animal videos

Calling Out The Haters In Her Wedding Vows

This may look like a clip of Nick and Oli in the future, but we're actually catching a glimpse of a hilarious Grandpa-led gender reveal in South Australia. Each expecting parent's dad held popping cannons that would reveal pink or blue glitter. While the couple stood in the middle of their dads waiting for the pop, the grandpas-to-be faked out the reveal not once, but twice! View Now
More Love is in the Air videos