When Dad Is The Best Birthday Surprise 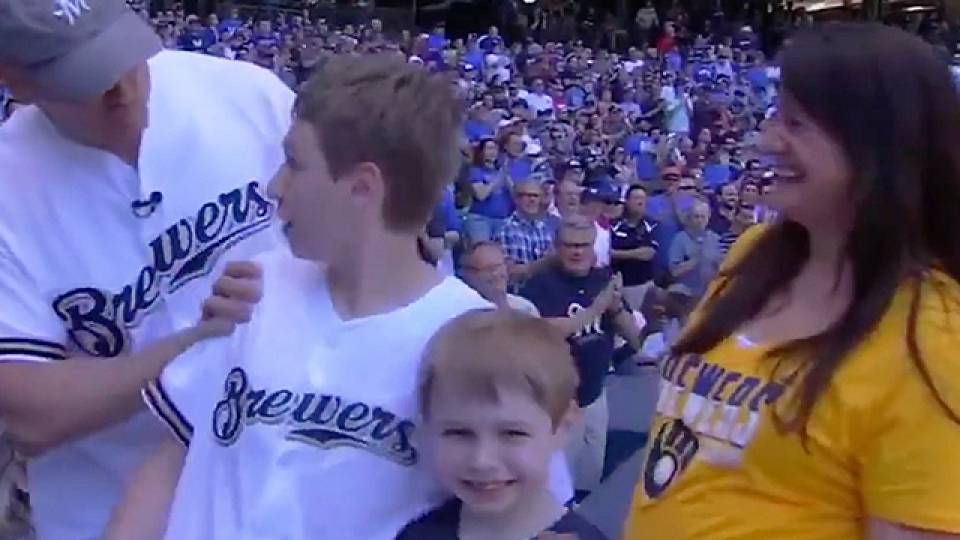 Trey had already prepared himself and accepted the fact that his dad would not be able to celebrate his birthday with him when he got an amazing surprise! Col. Jay Morrison had already unfortunately missed three of 12-year-old Trey's birthdays while serving his country, so the family gathered at a Milwaukee Brewers game without him. Trey looks understandably emotional when a tribute to his dad is being announced over the speakers, but his sadness soon turns to happiness when dad comes out of nowhere and taps him on the shoulder!