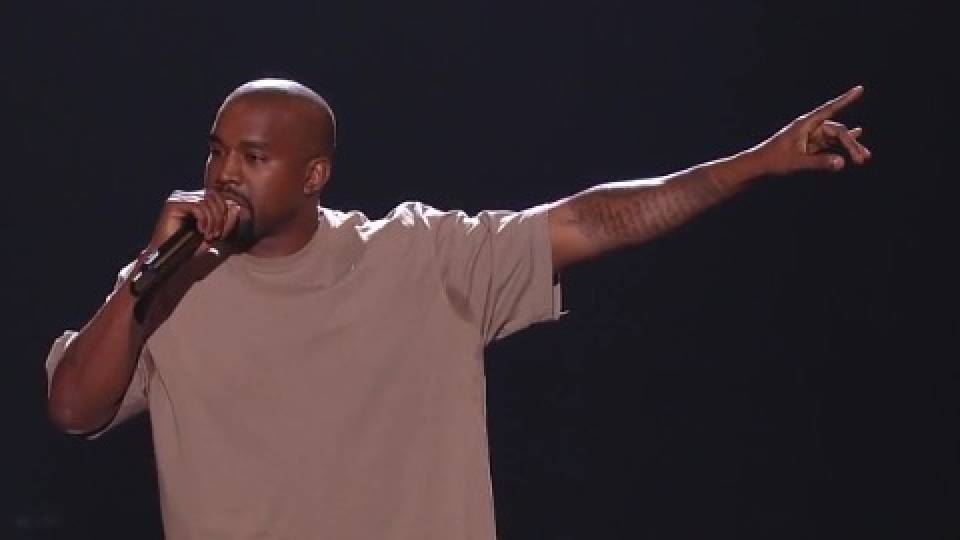 Bro. Bro! Listen to Kanye. Never thought we'd say that, but the rapper who stood on the stage at the 2015 MTV Video Music Awards wasn't the rapper we've all come to, more than likely, judge or hate. No. This was a different person. A new man. An inspiring man. A man with a message. A man who stood on the VMA stage in front of millions and actually delighted people as he rambled through his acceptance speech for the Michael Jackson Video Vanguard Award. Mr. West touched on everything from that infamous encounter with Taylor Swift, to not understanding award shows, Justin Timberlake tears and our kids. It all ended with an epic drop-the-mic moment. But it was his message that was the most powerful. "It's about ideas, new ideas, people with ideas, people who believe in truth." And the music phenom turned fashion mogul definitely has no shortage of brilliant ideas. So what do you think, Yeezus 2020?