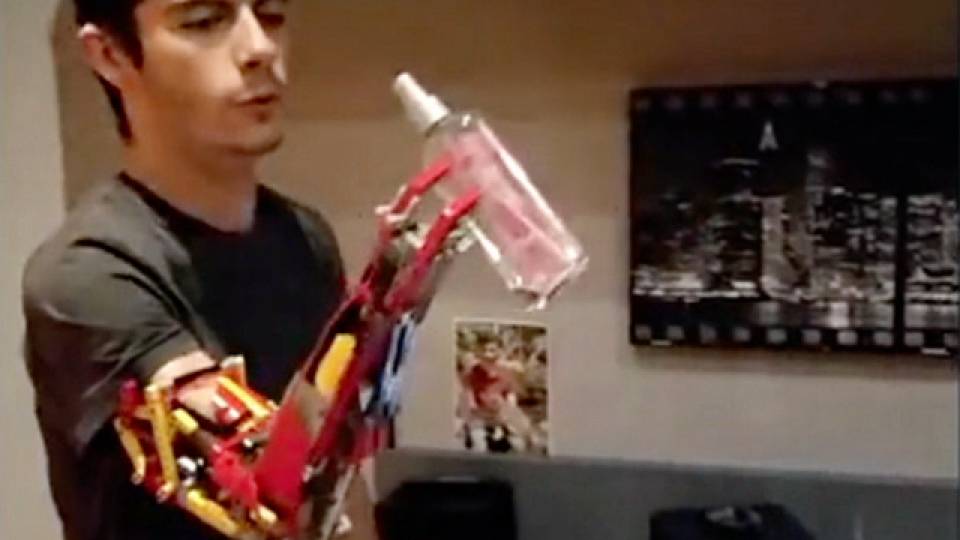 David Aguilar was born with a right arm that never fully developed. He has been a huge Lego fan for most of his life. That's where he got the idea to build a prosthetic arm out of the toy bricks. It's so cool! Not only does his Lego arm look awesome, it really works! Even the Lego company was impressed and sent him a message.