Your Ultimate Guide To The 2017 Super Bowl Commercials 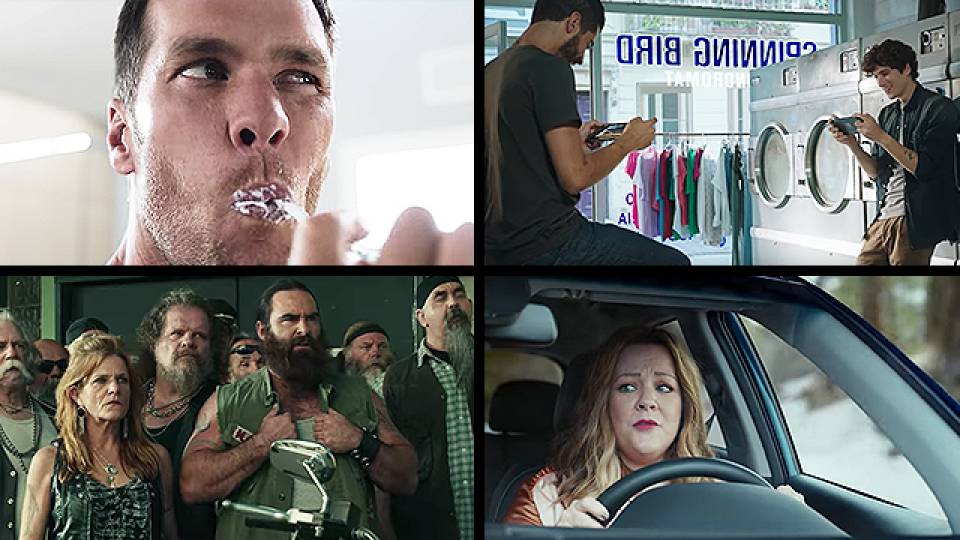 Super Bowl 51 is almost here, and commercials are starting to roll in before the big game. Check back as we update with more ads!

The car company has a bigger purpose this Super Bowl season, equality for women.

Women are still paid 21 percent less than men. As a brand that believes in progress, we are committed to equal pay for equal work. #DriveProgress pic.twitter.com/bmQKrNr9l4

Jon Lovitz stars in this commercial about a secret society.

This drink ad will star Justin Timberlake who released this sneak preview.

It is I, the ghost of 80's icon Spuds Mackenzie. I’m back, and I've got an important message. pic.twitter.com/iz7ly7oaka

The story of the founder's journey to America, "Born the Hard Way."

Did we ever see @Favre4Official move like this back in his playing days? #HitTheButton pic.twitter.com/sCpVmim1a0

With all the Super Bowl food, you might want a clean toilet!

After two quarters of … will your be ready for the Halftime #BathroomBreak? #SB51 pic.twitter.com/UulUWW5D02

This "day in the life" commercial with Tom Brady promoting Intel 360 degree Technology has been out for a bit.

Melissa McCarthy tries to save the world in this commercial promoting the 2017 Kia Niro.

Hot music and a hot car.

The ad features a special version of John Legend's "Love Me Now."

Wow! This commercial is directed by the Coen brothers and stars Peter Fonda.

It's Mr. Clean and a housewife gone wild...hmm!

These Super Bowl baby legends are too cute!

Everyone loves skittles in Katie's family!

Touted as a live Super Bowl ad, it's set to have Adam Driver and a horse...

Sneak previews show a real horse with a cardboard Adam!

Our Super Bowl commercial will be live. And emotional. But mostly live. #SB51 pic.twitter.com/1xMr9HCo97

The real John Malkovich asks why JohnMalkovich.com is taken!

Humpty Dumpty does his taxes on the wall.

In this #DisruptiveWorld I still snagged a dessert on the house Super happy to star in @Wix's great #SB51 ad. Watch and stay tuned: pic.twitter.com/9xBtzchzua

Bikinis, a kangaroo and wine.

Andy Guerrasio and his family were returning home from the airport in the dark. When Andy went to open his front door, a flying animal flew into his face! To make sure the animal didn't become an unwanted houseguest, he shut the front door, leaving his wife and kid outside to fend for themselves against the mysterious creature! View Now

Young Penguins Are Not Camera Shy

Some animals, like the giant squid, are notoriously hard to get on camera. However, penguins seem to love the camera. Oliver Thompson was on Saunders Island in the Falklands when he noticed that a bunch of young penguins were intrigued by his presence. So he set up a camera, and in no time at all, the penguins were ready for their close-up. via T&T Creative Media View Now
More animal videos