Your Ultimate Guide To The 2018 Super Bowl Commercials 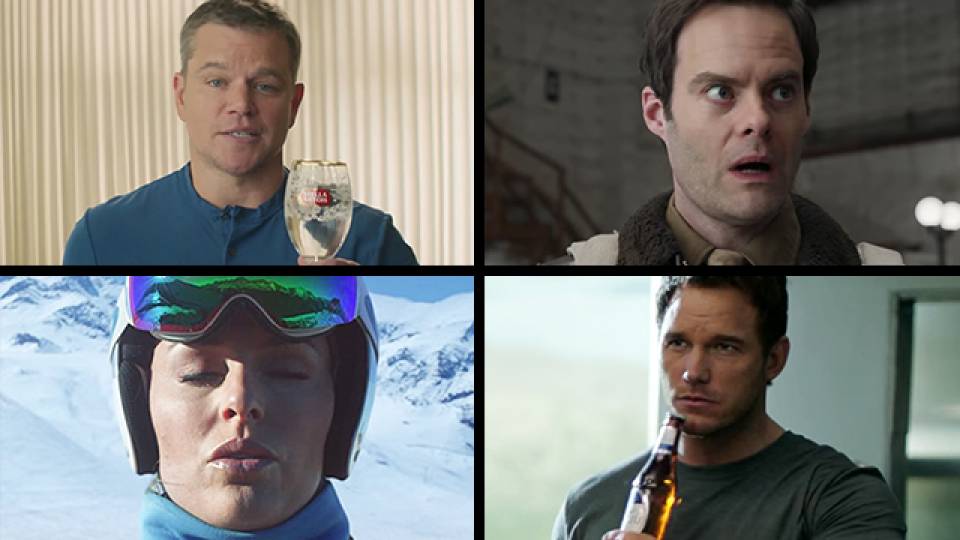 Super Bowl 52 is almost here, and commercials are starting to roll in before the big game. Check back as we update with more ads!

What happens when Alexa loses her voice? Call in some famous reinforcements, including Cardi B and Anthony Hopkins.

The beer giant highlights their relief efforts sending water to places facing natural disasters to the tune of "Stand By Me."

You don't want your "bleep" to stink on the day of the Big Game!

The macaroni and cheese masters are going in a different direction with their first time ad. It will be created on the day of the Super Bowl with fans' photo and video entries on Twitter or Instagram. All you have to do is use the hashtags #FamilyGreatly and #KraftEntry. Learn more information here.

Chris Pratt takes his shirt off. Need we say more?

NBC Sports has a variety of commercials featuring athletes from the upcoming Winter Games. Check out snowboarder Chloe Kim and skiers Mikaela Shiffrin and Lindsay Vonn.

The soda brand's taking a trip back through the generations. Look out for footage of past spokespeople Cindy Crawford, Britney Spears and Michael Jackson.

The candy brand is going out there for the big game. They've created a commercial to be shown to only one person, a teenager in California. That's not all, actor David Schwimmer has been popping up in random videos that may be scenes from the actual ad.

Keanu Reeves cries over how easy it is to make a website.

The beer manufacturers, Water.org and Matt Damon are all teaming up to talk about the importance of clean water.

The show is back with new judge Kelly Clarkson, and just about everyone you can think of is in this ad!