Your Ultimate Guide To The 2019 Super Bowl Commercials 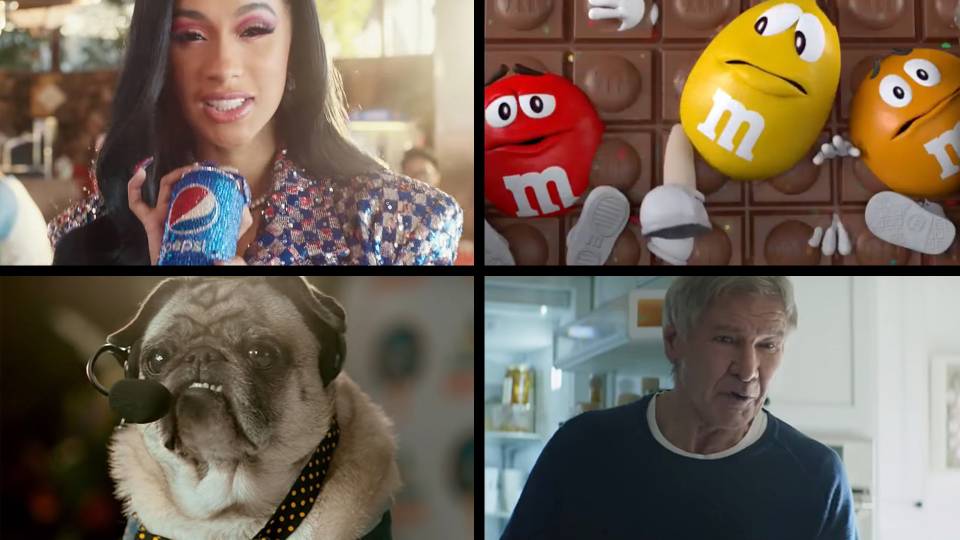 Super Bowl 53 is almost here, and commercials are starting to roll in before the big game. Check back as we update with more ads!

Harrison Ford, Forest Whitaker and other stars make an appearance in this funny ad about Amazon Alexa fails.

Kristin Chenoweth is a judge for the "Human Canine Show," and you guessed it, the competitors win avocados.

Burger King's only released teasers for now since the actual commercial will be playing during the game!

A Coke is a Coke no matter who or what is drinking it.

Chance the Rapper and the Backstreet Boys team up to bond over the new Flamin’ Hot Nacho Doritos. See an extended version here.

Jason Bateman is the elevator operator bringing passengers to the floors of their nightmares.

Jeep's "Big Game Blitz" features One Republic and an instrumental version of the national anthem, all set to images.

Cool commercial with an appearance from Ludacris! What if you had the power to change how things happen?

Zoë Kravitz and ASMR, what could be better?

Known for her role in the classic horror film "I Know What You Did Last Summer," Sarah Michelle Gellar stars in this commercial all about what you would do to get killer skin.

Steve Carrell, Cardi B and Lil Jon all think Pepsi is "More than OK."

Pizza Hut and The NFL go together like Goff and Gurley (from the Rams).

Mr. Peanut is always there in "crunch" time. Watch for an appearance by Charlie Sheen and Alex Rodriguez!

Devices never get the chance to try Pringles stack creations!

Tony Romo and his effortless life!

Michael C. Hall stars in "Skittles The Musical" which will actually be performed one time only live in front of an audience the day of the Super Bowl.

Sarah Jessica Parker and Jeff Bridges bring back their legendary characters, Carrie Bradshaw and "The Dude," outfits and all.

The debut of a very interesting and sensitive robot named RoboChild...