Joey and his hockey team had just won a championship in Maryland, but they weren't the only winners. Right after the game, Joey proposed to his girlfriend Kelley and she said yes!

Over in Pennsylvania, Eric and Ashley did something really fun during their wedding reception since Eric's a big wrestling fan. Ashley, Eric and his sister's boyfriend Brandon did a wrestling stunt and the crowd went wild! 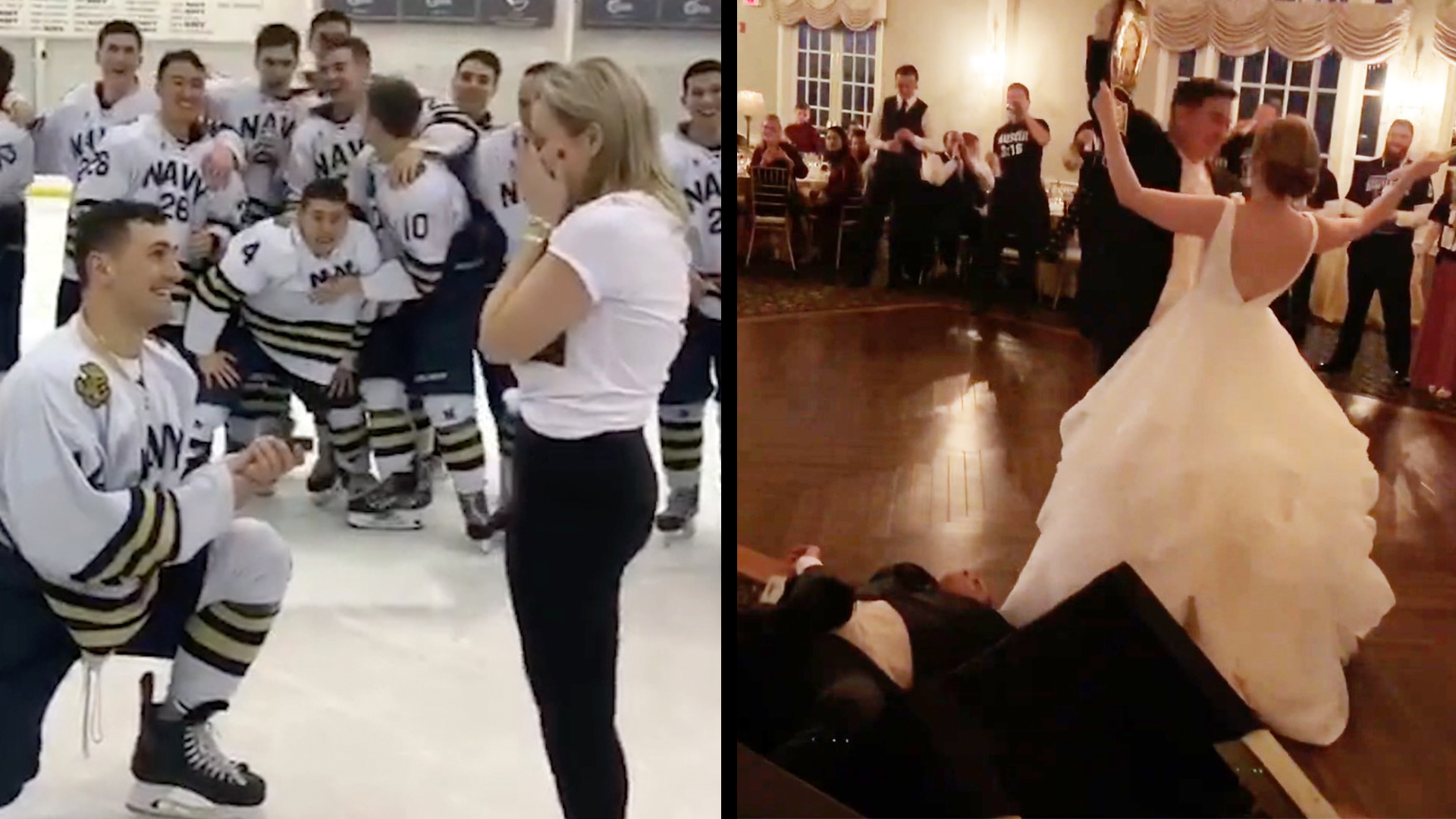