Lazarus the Miracle Cat Getting Tons of Love

Lazarus is a cat that was found on the streets of Johnson City, Tennessee. The then-kitten had no nose or upper lip and was covered in fleas when he was adopted by Cynthia Chambers. Laz's physical deformities led to expensive vet bills, so Chambers decided to introduce him to the social media community for support.

It was a smart move. Laz's story inspired thousands of people on Facebook. Those 15,000 fans have been so supportive that Laz has become an inspiration for the community and those who have unique characteristics. He gained so much support that he and another cat each got 82,000 votes for, and won, a cover shoot with Modern Cat magazine! To check out his Facebook page, click here. 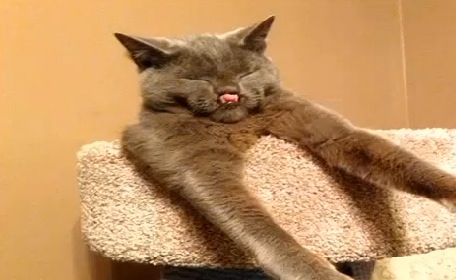