Mac Dreidel is back with another dose of Real or Fake from eBaum's World. This week, Mac brought his new puppy Duke to the show. His little "helper" had other plans, though, and this segment was cut a little shorter than usual. But hey, Duke's adorable! Anyway, we have a worse golf swing than Charles Barkley and a newscast crew member's attempt to get himself out of a shot. One of these two even fooled our hosts! What do you think? What's real and what's fake? 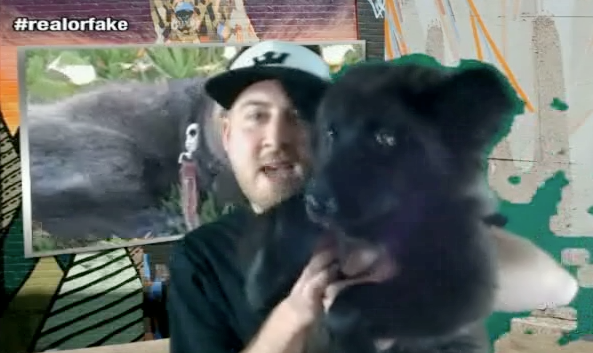