A Nigerian woman's in tears when finds her man sprawled on the street, bleeding from what friends say was a car accident. But just when she thinks she's lost her boyfriend for good, he "miraculously" jumps up with a shocking marriage proposal! The video cuts before we see what happens next... sparking massive debate on the internet whether this was only the worst proposal/prank ever or a staged fake.

What does your "proposal compass" say? Vote on our Facebook page! 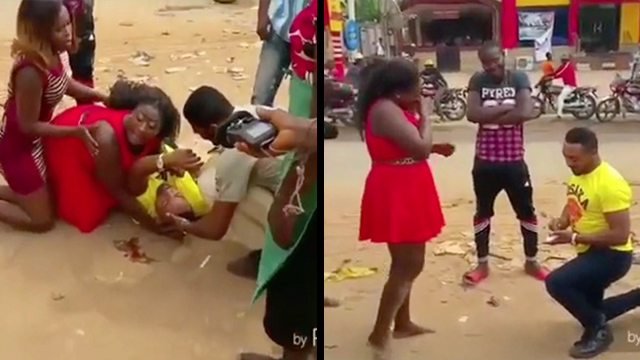