Restoring a classic 1957 Chevy pickup is a gearhead's dream, and Bogi Lateiner of Bogi's Garage is making this dream come true with the Chevy Montage build. The project stands out from every other, however, because "All Girls Garage" star Bogi resolved from the start to make the frame-up resto-mod an all-woman build. In fact, dozens of women from the auto industry including pros to newbs have already made the trek to Phoenix and pitched in.

When the "Chevy Montage" popped up on the RightThisMinute radar, we knew we wanted to join this empowering project. Christian, Gayle and Charity visited the garage for a few hours welding, grinding and doing body work.

Keep an eye out for the Bogi's Garage gang and their sparkling new Chevy pickup at the 2017 SEMA Show.

CORRECTION: Contrary to our statement in the video, the Indiegogo campaign is closed and no longer accepting contributions. However, you can still back the project by reaching out to Bogi directly via her website, http://www.bogisgarage.com/. 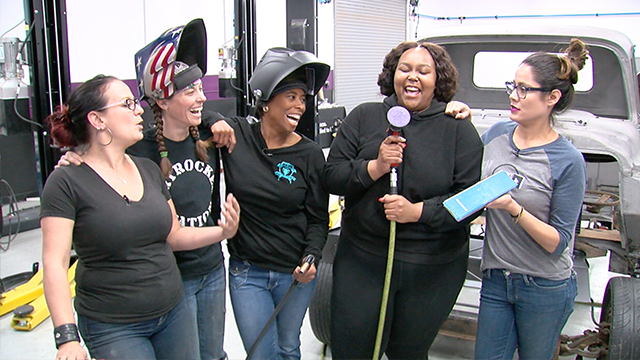