In China, some parents move to the bigger cities in order to find better-paying jobs, but they're sometimes forced to leave their children back in the rural towns. These kids are sometimes left with family, but other times they have to make due on their own. The children featured here have not been identified, but it is believed that these kids stayed behind while their parents left to make money. The video went viral when people saw the unbelievable kindness and care this sister is showing her brother. Despite being so young, she takes on the responsibility given to her like an adult. 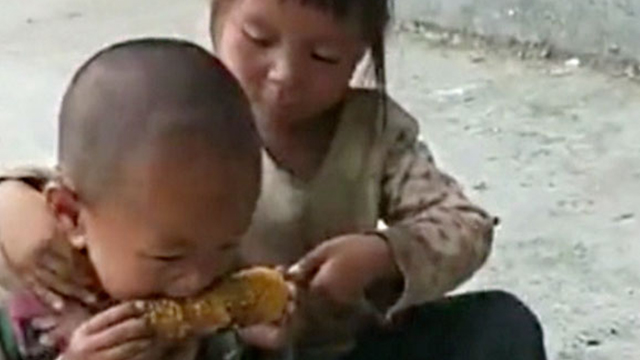