'Bill Nye The Science Guy' Steps Up To The Plate! 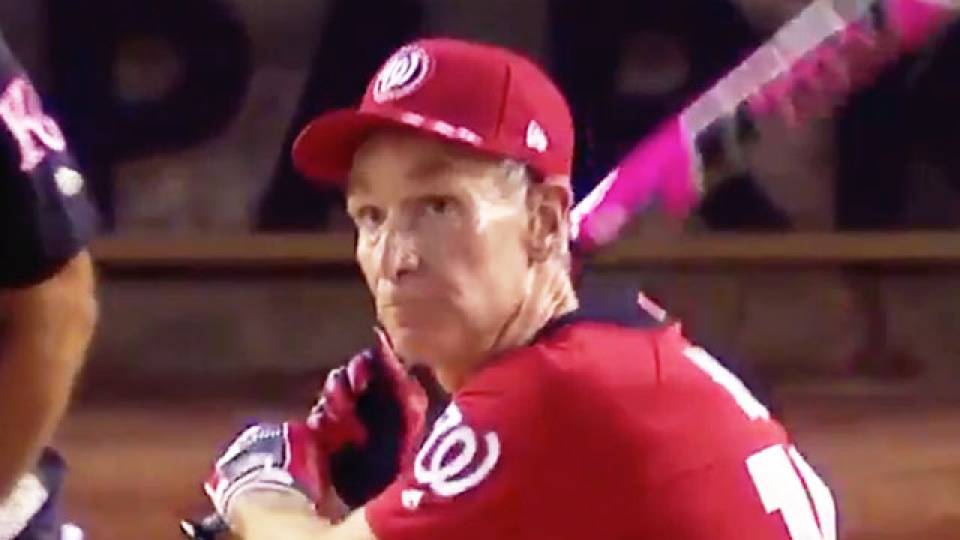 "Bill Nye The Science Guy" is a beloved figure from many millennials' childhoods. He gained his fame initially from his educational TV series in the '90s and has since solidified himself as a fan favorite in the science and television world. Now, he's taking his talents to the field! At the MLB Celebrity Softball Game at Nationals Park Monday night, Bill Nye stepped up to the plate, and, well, you can see how fans reacted.

BILL NYE DID THAT. AN ABSOLUTE ICON pic.twitter.com/FsJIzKm3Sb

He received a roaring standing ovation, and you can hear fans chanting "BILL! BILL! BILL!," a nod to the "Bill Nye The Science Guy" theme song. Though there were many other celebrities participating, Nye's media coverage has been explosive!

Known for his self-deprecating humor, he released this scouting report on himself beforehand.

Now, we know baseball isn't an exact science, but his methods seem to have worked!

We've Got Ourselves A Chicken Wing Thief

It was snack time for Pineapple the rat, so she climbed onto a desk and snatched a chicken wing from her owner's plate! Pineapple might be mischievous, but we can't blame her for loving chicken wings. View Now

Let's be honest, getting the hang of ice skating can be difficult. The Jackson family went ice skating for the first time, and some of the kiddos had a tough time on the ice. They were determined to keep getting up after they fell, though! You can keep up with the Jackson family on YouTube and Instagram. View Now
More animal videos