Boat Rushes To Get Away From Erupting Volcano 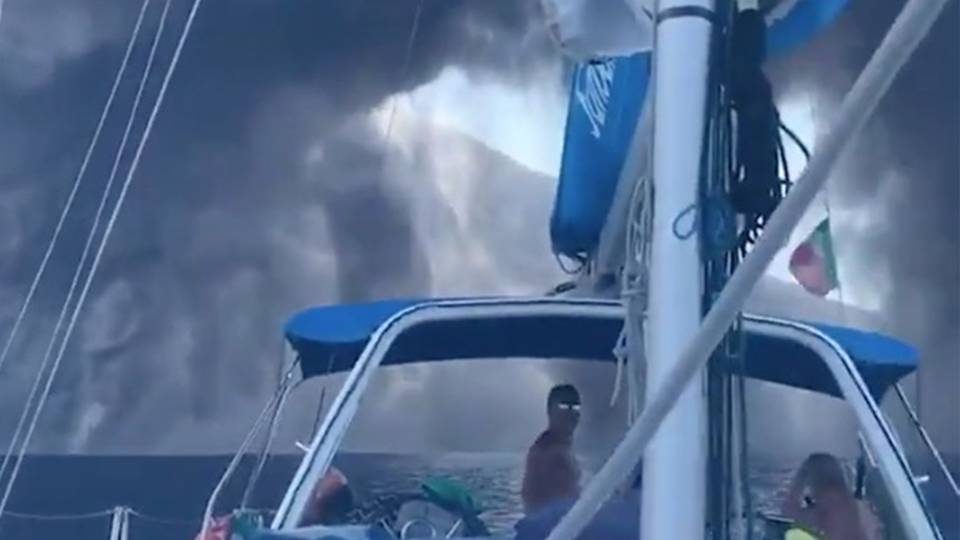 In Messina, Sicily, a volcano erupted and a nearby boat full of tourists rushed to sail away. The violent eruption sent a plume of ash and smoke way up into the air behind them. Luckily, everyone on the boat got away safely and no injuries were reported.

TOO CLOSE FOR COMFORT: Boaters who were sailing off Messina, Sicily, got a close-up look at Stromboli island’s volcano erupting.

The plume from the eruption extended more than one mile high, Italy’s National Institute of Geophysics and Volcanology said. https://t.co/XY5XSVsC8w pic.twitter.com/bloAk1cKYs

Three orphaned black bear cubs are in good hands with the Southwest Virginia Wildlife Center of Roanoke after being found by a game warden. Thankfully, the adorable little cubs are now receiving the care they need before hopefully being released back into the wild. How precious! Speaking of precious, this baby elephant in South Africa doesn't want to leave his mother's side. The adorable calf just loves his mama! Or wait...maybe he's just hungry? Ah, yep! That's it. View Now

Humans share the planet with lots of creatures, including ones like these that might make your skin crawl. First, Sarah was about to put on her shoes when she found a scorpion lurking inside one of them. It's a good thing she checked before putting them on! Next, this fascinating timelapse footage shows a Brazilian whiteknee tarantula shedding its skin. Talk about an interesting skin care routine... View Now
More animal videos