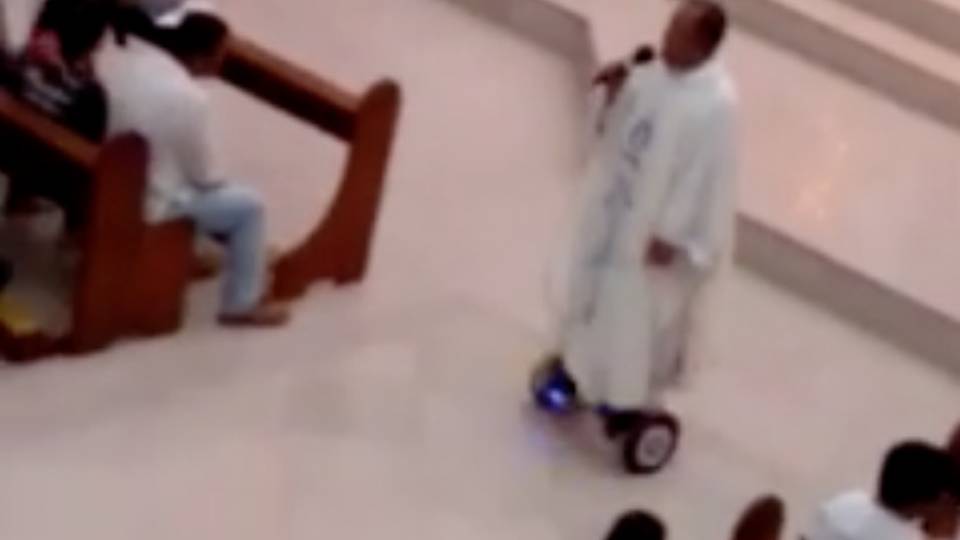 Whatever you want to call them — they are all the rage these days. Even for priests.

Well, one priest anyway. A priest in the Philippines rode a hoverboard during a Christmas Eve Mass, and the Diocese of San Pablo suspended the tech-savvy Father.

In a statement, the Diocese of San Pablo said "The priest said that it was a wake-up call for him; he acknowledged that his action was not right and promised that it will not happen again. He will be out of the parish and will spend some time to reflect on this past event. He would like to apologize for what happened."

This calls for a reparation!Instead, pray a rosary for this priest and attend a Traditional Latin Mass!

Just let this sink in: