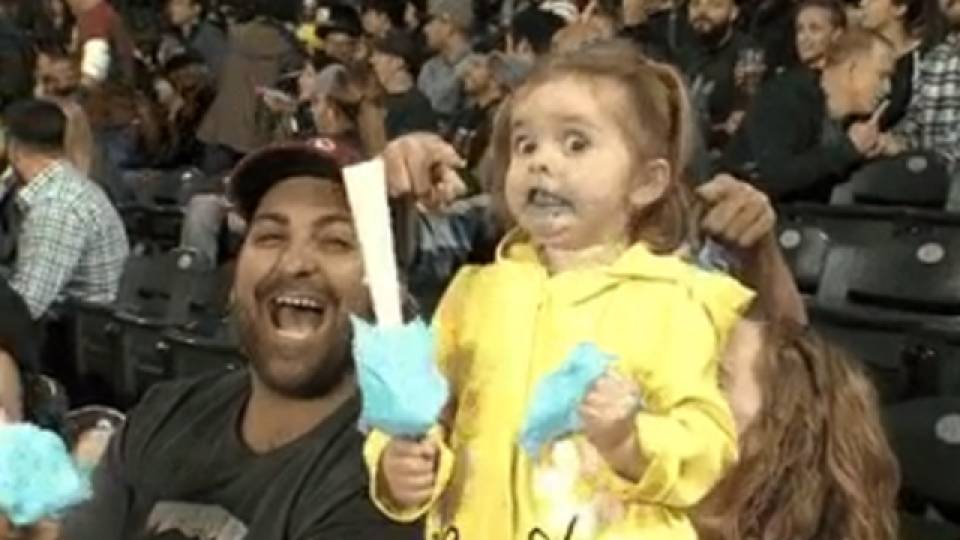 Three-year-old Beatrix Hart has become an overnight internet sensation. During a recent Seattle Mariners game, Beatrix was enjoying some delicious cotton candy when she got featured on the jumbotron. When the Mariners posted this GIF of her appearance on the big screen the internet went nuts and immediately coined the nickname "Cotton Candy Girl."

Beatrix proves that sometimes it's the little things that count the most. Especially cotton candy.

When Thursday's winding down, and there's just one more day until the weekend. pic.twitter.com/NZKS0KOEyQ

The only thing better than chocolate is double chocolate. Chef Gemma Stafford of Bigger Bolder Baking has just the thing to satisfy any chocolate lover's sweet tooth. You too can now make these bakery style fluffy muffins at home. View Now

Valentine's Day is right around the corner, so why not make some adorable desserts for the occasion? Wilton has several ideas for desserts that taste just as amazing as they look. What a sweet way to show your loved ones how much you care! View Now
More recipe videos

Going Out On A Limb To Rescue Kitty Stuck In Tree

Who do you turn to when a cat's stuck in a tree and firefighters can't help? The tree guys, of course! A kitty in Michigan couldn't climb down a tree on its own, but luckily a couple of guys from the Conversation Tree Service saved the day. via ViralHog View Now

Three veterinarians and best friends work together to help animals on the exciting TV show "The Vet Life." It's a unique yet rewarding challenge for them to help animals in need while balancing that with everything going on at home. One of the vets, Dr. Diarra Blue, is joining the RTM hosts via Skype to tell us more about what we can expect on the new season of the show. You can watch the new season of "The Vet Life" at 10 p.m. ET/PT on Animal Planet. View Now

Animals Across Australia Get Some Much-Needed Relief

WWF-Australia is deploying Koala detecting dogs in the wake of the devastating fires that are sweeping the nation. Their mission is to locate and rescue any surviving koalas that may be in the area, and these dogs are a huge help. In this clip, Taz the pup used some scats and a strong sense of smell to sniff out koalas surviving high up in a tree. It's so incredible to see animals helping other animals like this.  View Now
More animal videos