'Damn Daniel' Back At It Again With the Lifetime Supply of Vans! 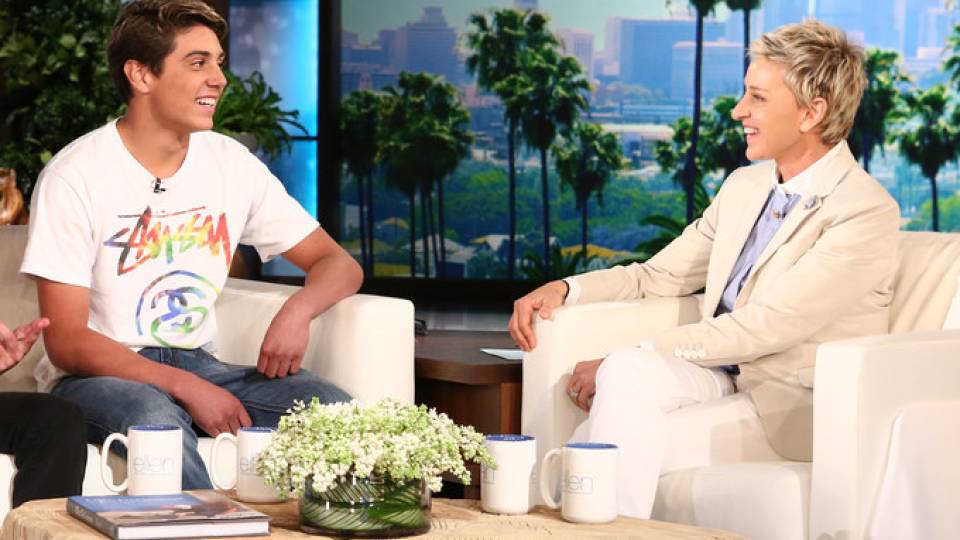 If your name is Daniel, this week we feel sorry for you. Because by now, you've seen or at least heard about the "Damn Daniel" Internet phenomenon.

No. I don't want to go to school #damndaniel

A photo posted by damn Daniel (@yodeling.daniel) on

Well, it all started with a few snapchats and a twitter video of a kid with a funny voice praising his friend Daniel's stylish outfits.

And all sorts of other memes.

Actually it got so big that it reached the eyes of Ellen — every viral videos dream! The clip earned Daniel and his friend Josh (the voice behind the camera) a spot on the show, and it looks like he'll always be back at it again with any color of vans.

Valentine's Day is right around the corner, so why not make some adorable desserts for the occasion? Wilton has several ideas for desserts that taste just as amazing as they look. What a sweet way to show your loved ones how much you care! View Now

Warning: extremely mouth-watering video, take caution when watching. If you're in need of a new breakfast idea, look no further because Delish has the perfect dish — A Western Omelet Roll Up. We are just dying to try it ourselves! View Now
More recipe videos

Grab The Hovercraft, We've Got Dolphins To Rescue

The RNLI does incredible work rescuing people and animals out at sea. These dedicated volunteers were called on to rescue some dolphins who had gotten stuck in a muddy area that couldn't be reached by boat or by foot. So, they broke out the hovercraft! The rescue itself was complicated, but they were able to get the job done.  View Now

This bizarre creature might look like it's from another planet, but a diver found it swimming off the coast of Indonesia. It's actually a flatworm that almost looked like it was glowing as it swam through the water. View Now

These Dogs Are Causing Quite The Scene

Father Irineu Machado was leading mass when a little puppy strolled up to him and started tugging at his robes and romping around his feet, but the unbothered priest just carried on as if nothing was wrong. Speaking of mischevious pups, there's one dog that never fails to chase this cyclist every time he rides down this specific road. Well, he was finally able to catch the moment on video! via ViralHog View Now
More animal videos