Dog Reunited With Family After Guarding House During Wildfire 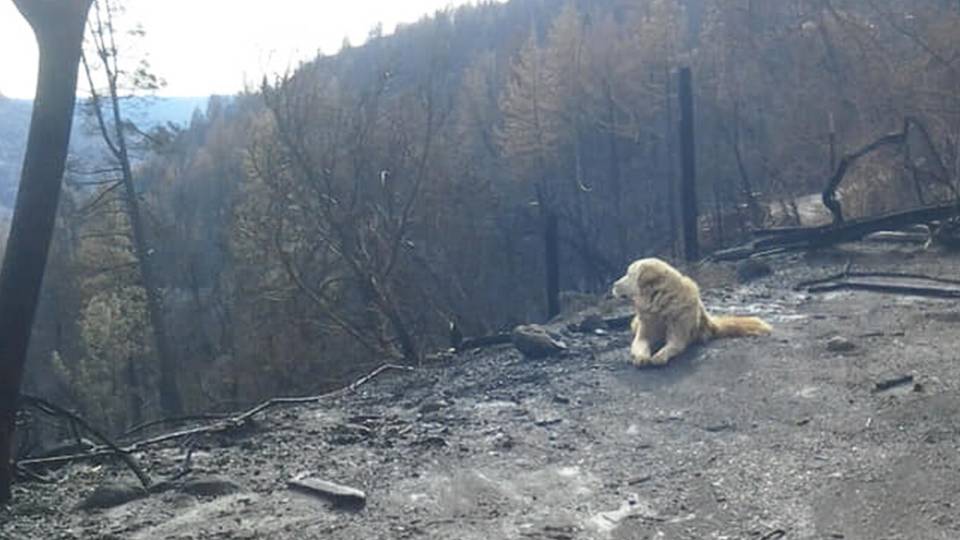 Over a month since the deadly wildfires began in northern and southern California, reunions are still happening. This one is especially touching! Bill and Andrea Gaylord were just recently able to return to what was left of their home in Paradise when they witnessed an amazing miracle. They came face to face with dog Madison guarding what was left of the home.

He had been missing since the Camp Fire, and although the family believed the Anatolian shepherd was alive, they weren't exactly sure. Madison's brother Miguel had already been rescued and was being cared for by animal rescue volunteer Shayla Sullivan. Sullivan had been leaving water and food at the site in the hopes that Madison would find it. Not only did Madison reunite with his parents, but he was also able to finally see Miguel again. Absolutely adorable!

Now happily reunited, the two guard the land together.

Videos and photos via Shayla Sullivan

Helpful Humans Save Animals From Drowning

When RTM's very own Gayle Bass came across a person rescuing a javelina from a canal, she knew it was a moment worth capturing. First, the man tried using a ladder to get the exhausted animal out, but it ended up being a broom that did the trick. Javelinas can be pretty feisty, but we have to say, this one sure is cute. View Now

The Martha Stewart channel is bringing us a creative way to elevate your pet's sleeping experience. Grab a charming-looking suitcase, add some legs and bedding, then voila! You've got a bed fit for your furry little king or queen. View Now
More animal videos

Jack Black is known for joking around, but he's serious about getting into shape. The talented actor recently turned 50 years old and started a new fitness routine in hopes of getting a chiseled body. Starting an exercise routine can be difficult, but it seems like Jack's keeping a positive attitude by having fun while working out. We're rooting for you, Jack! View Now
More celebrity videos