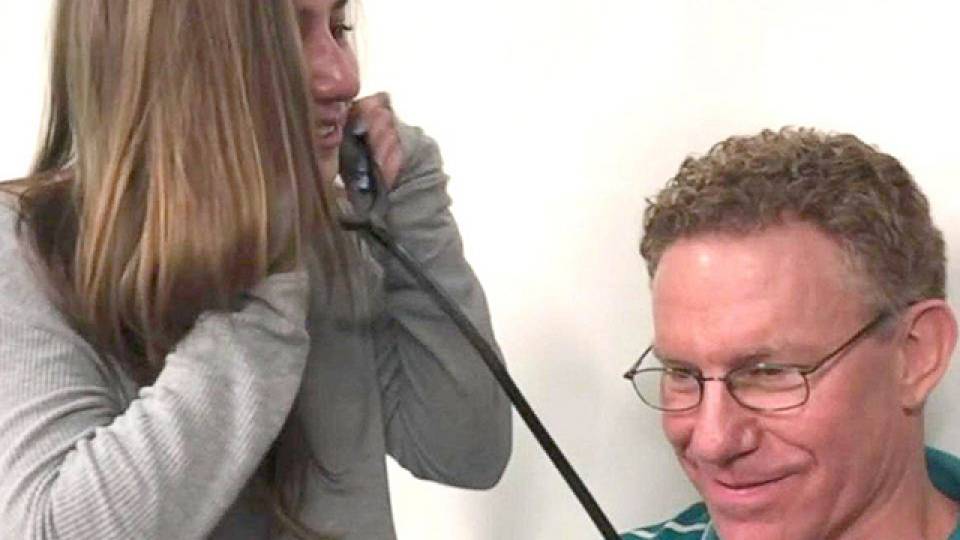 When 20-year-old Mathieu Bergeron died in May 2017 after hitting his head while longboarding, his loved ones were devastated. Although they knew they would never see him again, his family and girlfriend Jessica Wallach did get a chance to hear him again in a way, according to ABC News. Bergeron was an organ donor, and his heart ended up going to a worthy cause — saving Dr. Murray Alsip's life.

One young man’s heart has bonded two California families together forever: 20-year-old Mathieu Bergeron’s mom and girlfriend got the chance to listen to his heart beating in the chest of a doctor whose life it saved thanks to a transplant. https://t.co/9lfDkE7jt4 pic.twitter.com/rRoSsnWUd8

Alsip has a life-threatening heart condition and needed a heart transplant which eventually took place, thanks to Bergeron's donation. An organization additionally made it possible for all parties to meet face to face and ears to heart.

Mathieu had the biggest heart... and today his girlfriend heard it beating inside the man he saved @10NewsBrian will share this emotional story on @10News at 11PM tonight #DonateLife #organdonation #hero pic.twitter.com/pbd5DGtGNl

Joe Noonan is a dolphin whisperer and nature guide who leads trips around the world. He recently met a humpback whale calf and its mother while kayaking in Hawaii. Joe says whales are often as curious about us as we are about them, and if you stay calm and relaxed, there’s a good chance they may come over to check you out — which they did in this video! You can watch the full video below, or check out Joe Noonan's YouTube for more amazing videos of dolphins and whales. View Now

Elephants usually seem to mind their own business, but not if you mess with their babies. In South Africa, a herd of elephants worked together to protect their little ones from wild dogs. Once the whole herd started getting protective, the wild dogs decided to pick on someone their own size... via Kruger Sightings View Now

Exercising At Home Isn't Easy With A Playful Dog Around

Bianca is doing her best to work out from home, but according to her dog, it's playtime! Every time Bianca tries to exercise, the silly pup gets in the way so that she has to give it some attention. Apparently, it's time to take a little break! View Now
More animal videos