Musicians Band Together To Help Trombonist With Cancer 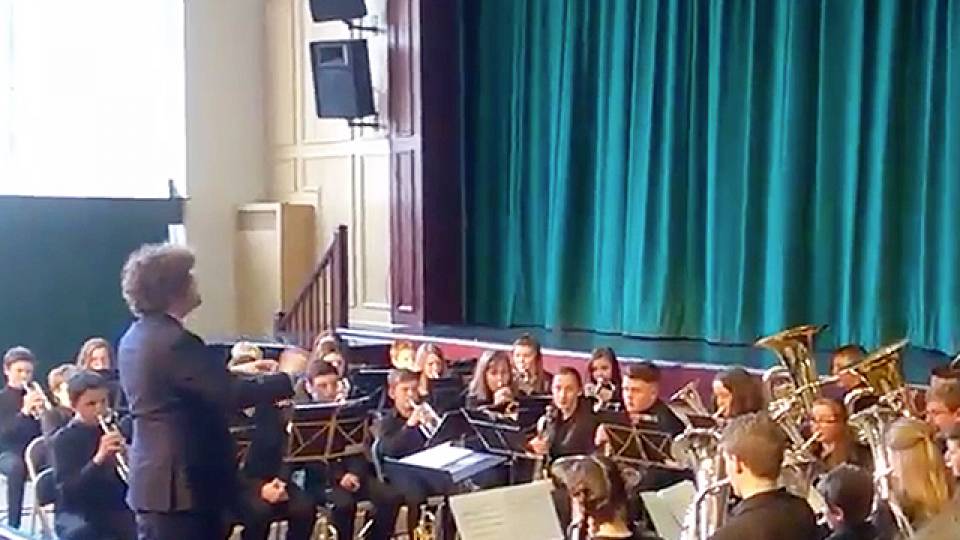 Music truly brings people together, and this time it's for a very good cause. Renowned trombonist and conductor Stephen Sykes is suffering from Hodgkin lymphoma, a very aggressive form of cancer. Stephen can no longer perform, and the treatment he needs is not available and is very expensive. In response, trombonists around the world are stepping in trying to raise some money and raise awareness.

Even more people and other types of musicians are getting into the #AcrobatChallenge.

I wasn't nominated but I still wanted to show my support to Stephen Sykes during his fight against Lymphoma. Please visit https://www.gofundme.com/StephenSykes and donate today! I'm nominating Bruce Tychinski, Heidi Lucas, Scott Roeder and Mike Roylance! Music is available on the Acrobat Challenge FB page at https://www.facebook.com/groups/1337691529600543 #acrobatchallenge

Here is my acrobat challenge. Go to www.gofundme.com/StephenSykes to raise money for my good friend! #acrobatchallenge #trombone #goodcause #raisemoney #acrobat

A post shared by Glenn Van Looy (@glenneuph) on

If you want to help but are not musically inclined, check out Stephen's gofundme page created by his mother.

We've Got Ourselves A Chicken Wing Thief

It was snack time for Pineapple the rat, so she climbed onto a desk and snatched a chicken wing from her owner's plate! Pineapple might be mischievous, but we can't blame her for loving chicken wings. View Now

Let's be honest, getting the hang of ice skating can be difficult. The Jackson family went ice skating for the first time, and some of the kiddos had a tough time on the ice. They were determined to keep getting up after they fell, though! You can keep up with the Jackson family on YouTube and Instagram. View Now
More animal videos