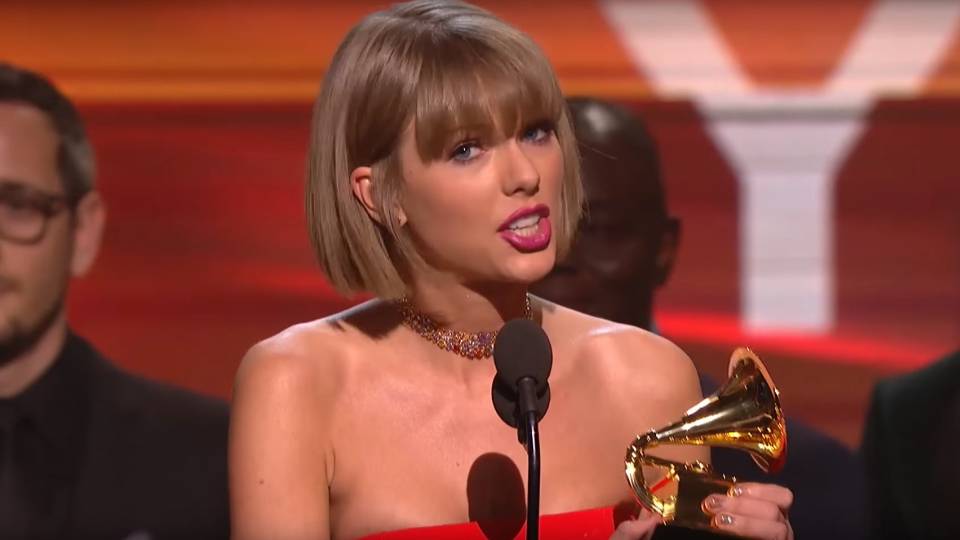 Taylor Swift threw a little shade Kanye’s way during the Grammy Awards on Monday night. During her acceptance speech for winning “Best Album of the Year,” T-Swift thanked her fans and loved ones before taking the heartfelt speech in a new, empowering direction.

Last week, Kanye West released his new song, “Famous,” which features a derogatory line about the “Bad Blood” singer. Swift’s publicist released a statement saying that the lyric was never OK’d on their end. Swift herself has remained tight-lipped on the topic…until now.