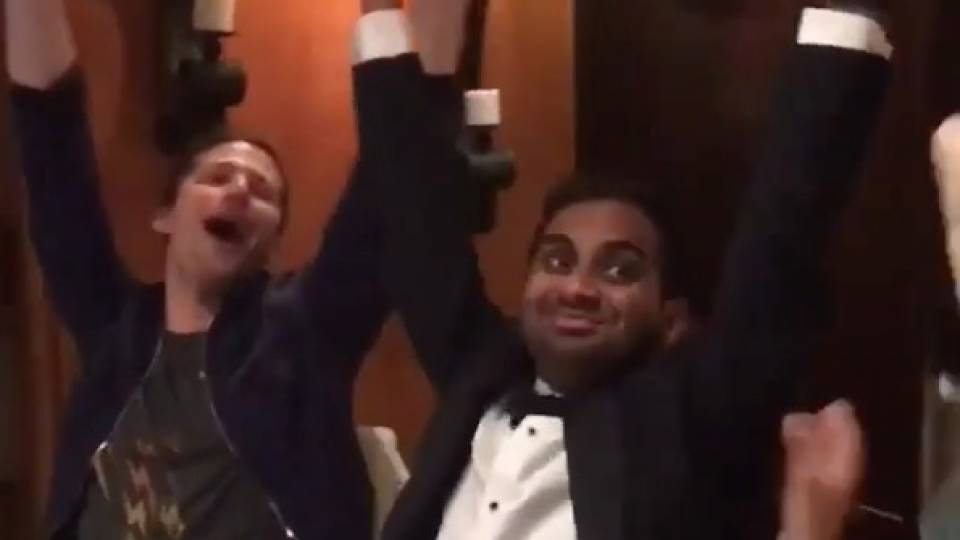 The R&B singer and actor opened up a fully-functioning Benihana-style restaurant in his Los Angeles backyard a few years ago and called it Gibsihana. We're sure the food is awesome, but the atmosphere and star-studded company at Gibsihana are amazing.

This weekend comedian Aziz Ansari, his brother, and the guys from The Lonely Island were all invited to eat at Gibsihana, and some of the videos from that night prove that this place is awesome.

A few years ago, my brother notified myself and @thelonelyisland that @tyrese had built a private Benihana restaurant at his home. Last night, @tyrese made our dreams come true and we celebrated @thecarolinagentleman's birthday at the one and only - GIBSIHANA!!!! TO BE CLEAR - THIS IS NOT A BENIHANA. THIS IS A RESTAURANT IN @TYRESE'S BACKYARD. IT IS AMAZING. (Video by @davidcho)

A video posted by @azizansari on

Big thank you to @tyrese for hosting a magical evening. #gibsihana @azizansari

A video posted by The Lonely Island (@thelonelyisland) on

#Repost @tyrese ・・・ Its safe to say my backyard is an eye opener!!!!!!!! Ahahahahahahhaaaaa shout to @azizansari @thelonelyisland congratulations on tonight's BIG WIN!!!!!!!! Critics choice award....... So tonight we celebrate!!!!!!

A video posted by The Lonely Island (@thelonelyisland) on

Seriously, is there anything better than this? Aziz's skills at catching airborne food, Andy Samberg's woo-woo-woo-wooing, and Tyrese's hosting in his own backyard restaurant? Unreal.

Shortly after, word started to get out in celebrity circles about this restaurant, and when Ansari caught wind of it in 2013, he was really amped about it.

WAIT @TYRESE, GIBSIHANA IS A BENIHANA STYLE RESTAURANT YOU BUILT IN YOUR OWN BACKYARD??

Here's a tour Tyrese gave of the restaurant one morning in 2014.

Tyrese has hosted many celebs at his Gibsihana. Vin Diesel, Paul Walker, Will Smith and one of his kids probably would have given the restaurant a 5-star Yelp review.

#Repost @tyrese with @repostapp. ・・・ 2 years ago we were celebrating the success of #Fast6 in my backyard I built a resturant its called #GibsiHana' this was the first time Will, Vin and Paul had ever met...... This was a very special night of bonding and just a great night of music, food and #Family someone just sent me this pic - wow - I miss my brother!!!!

Chaka Khan dined there, too!

#repost @tyrese; It's not everyday you get to dine with a true true legend..... Chaka Khan eating in my backyard #GibsiHana was blessed by your presence!!!!!

A photo posted by Paul Walker/Tyrese Gibson Fans (@paulandtyrese) on

The list of celebs seems to be endless. Here's Rev Run and Nas.

It's not everyday you get 3 #QueensKings in one resturant... Queens NY salute!!!! This ones for you.... #MyBackYard #GibsiHana' life.... #Family #History #LegendaryBlessedMoments #HappyHolidays... Shouts to my family Legendary @revwon @thejsg aka Diggy and my family and brother @nasnyc aka NAS .... Oh what a night.!!

A video posted by TYRESE (@tyrese) on

A video posted by Oscar Briseno (@djlovetracks) on

How can we get a reservation?