Winter Storm Goliath Flooding Much of the South 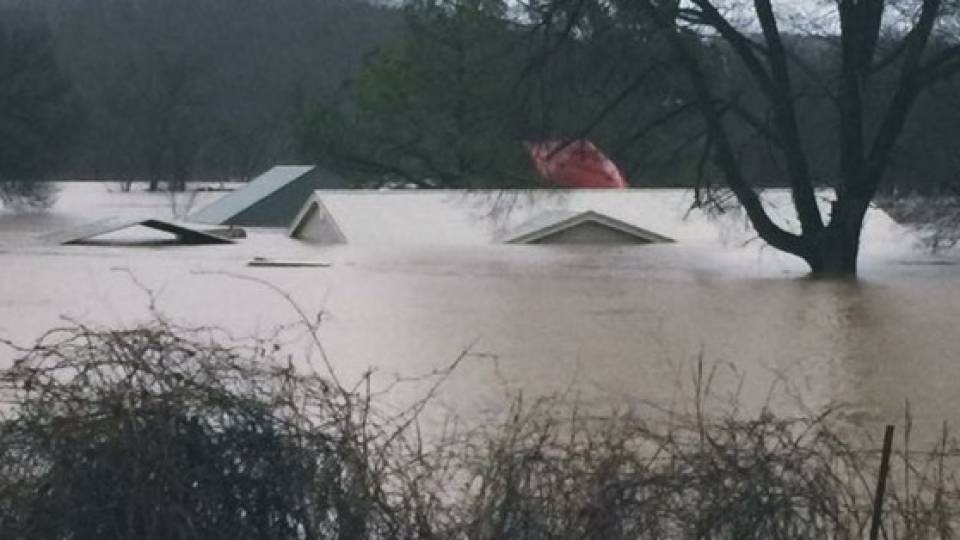 Winter Storm Goliath is technically over, but its affects are still being felt in the South.

It's being called a slow-motion disaster that's only going to get worse. The areas around Missouri, southern Illinois, Arkansas and eastern Oklahoma are flooding. Dozens have been injured and at least 22 have been reported to be dead. Many rivers, including the Mississippi, are continuing to swell.

PHOTOS: Aerial images of flooding in West Alton, MO, where residents are being told to evacuate. @ksdknews pic.twitter.com/t77Ej7GOPW

Pic of scene on other side of Vance Rd flood wall. Meramec River inundating area.#stl@fox2now pic.twitter.com/TYxN5DjfEJ