Middle School Teacher Does the Whip / Nae Nae With Students 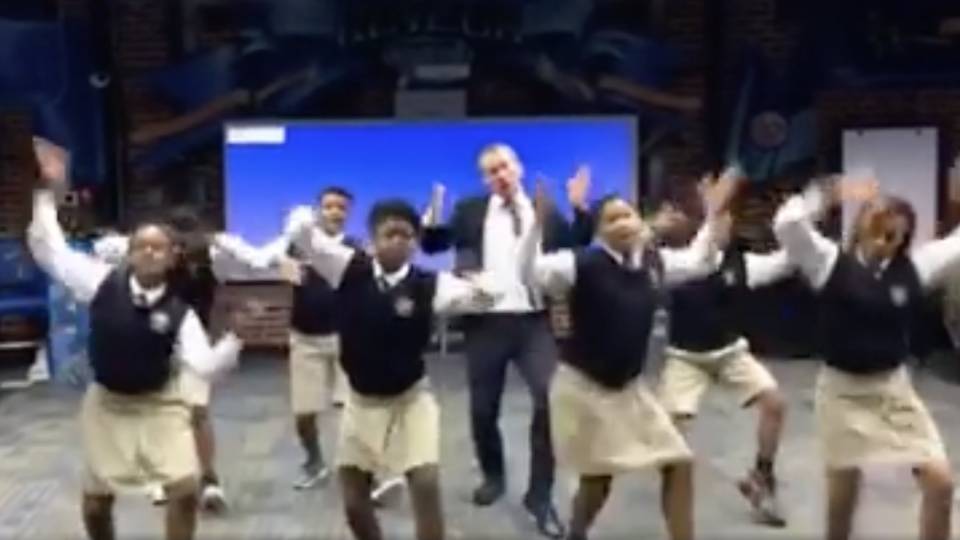 Whoever you've nominated for Teacher of the Year — scrap it and give it to Ron Clark, the founder of Atlanta's nonprofit middle school, The Ron Clark Academy. Here we see Clark joining his students for the hottest dances — The Dab, Milly Rock, Hit the Quan, the Whip / Nae Nae — to make an epic rendition of the #DoItLikeMeChallenge.

Ron Clark Academy having fun with the #doitlikemechallenge